I trained and competed in agility with Tarmo. He was eager to learn and easy to conduct from the start. I was so happy! We quickly made it to Class 3, which is the top class in agility. We competed regularly for many years.
With Maisa we were just practising! She was making progress slowly but surely. We went up to  2. Class in autumn 2012.
I began agility also with Molla but she was not so eager. . . After that the family Kastepohja borrowed me their medium sized poodle and I competed with Onni for a while and soon we were in the top third class! It was so fun and Onni was just amazing! 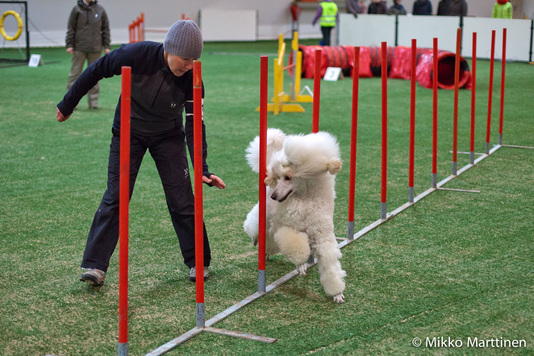 Maisa is already Finnish, Latvian, Russian and International Champion. I am not going to take her anymore to dog shows, she is already retired! Molla in Finnish Champion. With Fiina all the showrings will be in some where in future because of this awful corona virus . . .
In the photo below Martti was  in Tuusniemi Show. 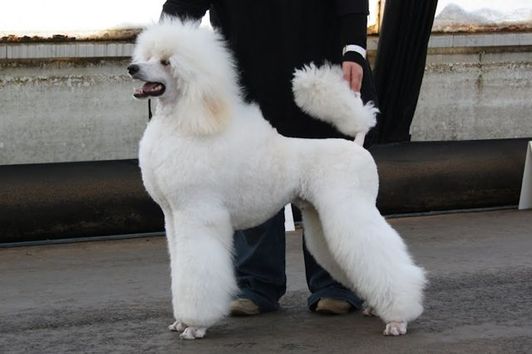 Rally-toko is our hobby every now and then! Both Maisa and Molla have passed the lowest  lewell of competition.